It was quite a few years since the high-level guttering here at St Matthew’s, Surbiton had any TLC, but when we were spurred on by a forthcoming restoration project to come up with a maintenance plan, we included regular gutter clearance as part of the schedule. There was a definite need, as we had grass growing from one part of the gutter and some substantial plant growth near the tower.

I attended a Diocesan seminar last year about applying for grants for building projects and one of the speakers, who was from the National Churches Trust, told us about the forthcoming MaintenanceBooker scheme which was being rolled out later in the year.

Using the MaintenanceBooker system made the whole process of finding a contractor very straightforward. After making a few measurements of heights and lengths of guttering and downpipes, it was a simple matter to put those details into the ‘Request a Quote’ pages along with other information about the church. Within the time we specified three quotations came in, which varied quite dramatically. The more expensive ones involved the use of a cherry-picker or scaffold to reach the high-level gutters, but one was much less costly because they use the Gutter-Vac system which is effectively a powerful hoover with very long attachments! We chose this option on cost grounds, but I did have some concern as to whether it would be powerful enough to clear blockages.

In the event, it all worked very efficiently, and our very helpful operator Dom was able to remove lots of debris, leaves, broken tiles etc. that had accumulated over a number of years. A well-established clump of grass came down easily enough, but a more entrenched plant growing out of the tower stonework proved impossible to remove. As it happens, the tower will imminently be encased in scaffolding as part of our restoration work, so it will be easy enough to have it pulled out at that stage. The Gutter-Vac apparatus seems adequate for most debris though, particularly if it’s done every year or 18 months, before plants have a chance to become established. The fact that we had left it so long meant that this one particular plant was well rooted in – a good argument for having the work done regularly. The quotation had mentioned the use of a drone or high-level camera to check the quality of the work, but this was unfortunately unavailable on the day.

I would definitely recommend MaintenanceBooker as a hassle-free way of getting several different quotes for whatever work is needed. In addition, we have been awarded a micro-grant of £250 by the National Churches Trust to go towards the cost – very welcome when an expensive major project is about to start! 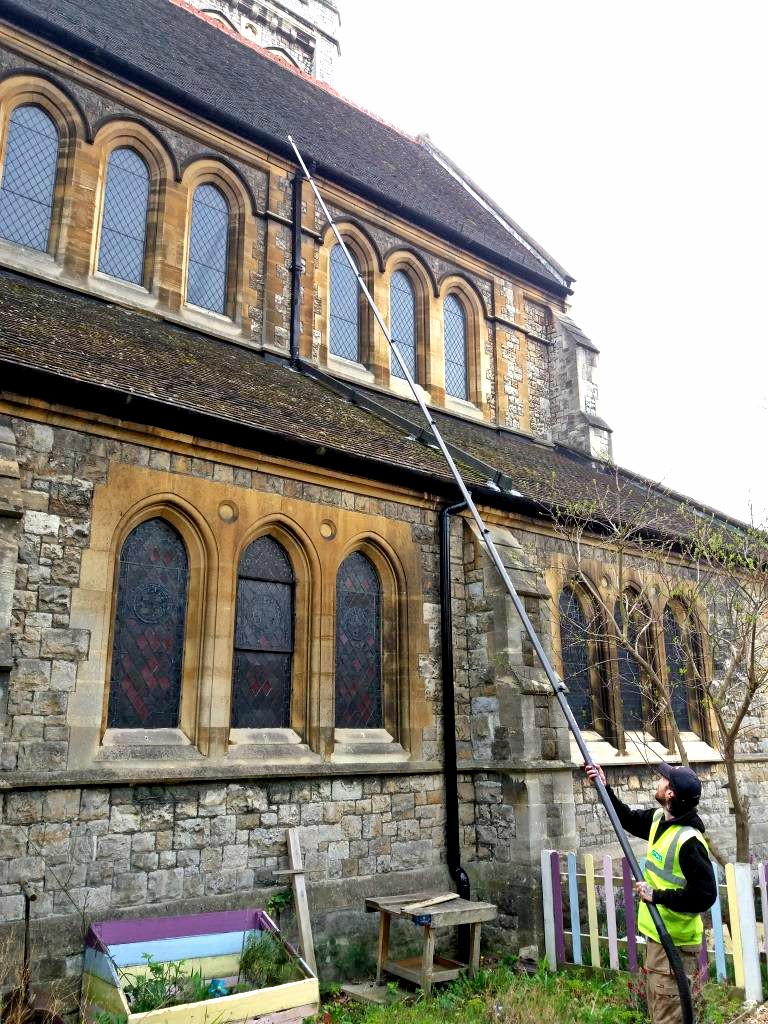 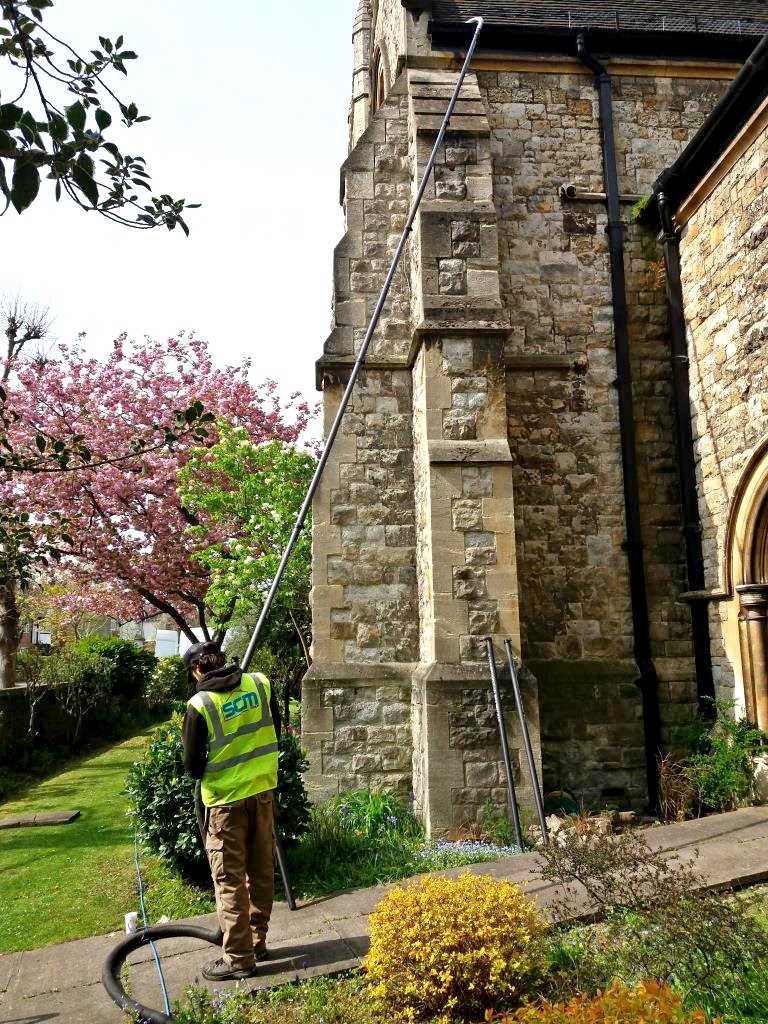 Grants for maintenance get the job done quicker